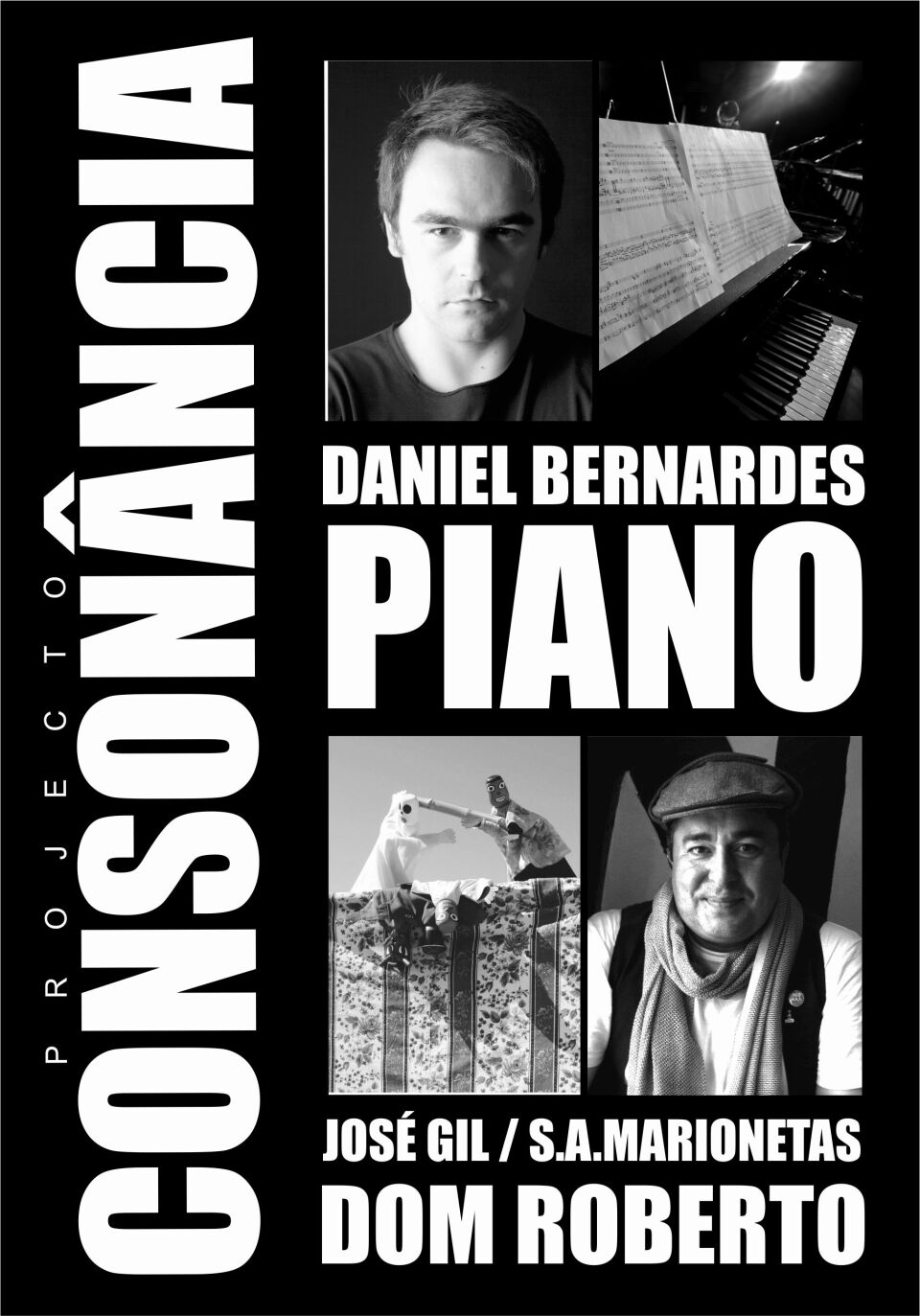 It is a project that brings together two arts that have in common the domain of improvisation and the consonance for free movement in musicality and theatricality. In the year that the traditional Portuguese puppet itinerant theater is about to join the list of Intangible Heritage of Portugal, José Gil, puppeteer of the company S.A.Marionetas and the performer of this theater with origins in the eighteenth century, joins the pianist Daniel Bernardes for an adventure of sounds, movements and emotions, creating an sometimes abstract reality in a traditional theatrical parallel with sounds of modernity. Two performers of their knowledge in an unlikely game between a piano and the Dom Roberto Theater.

Presentation includes the plays The Barber, The Bullfight, The Gosts Castle, Rosa and the three boyfriends and The Bumpkin from Alcobaça | Approximately 1 hour