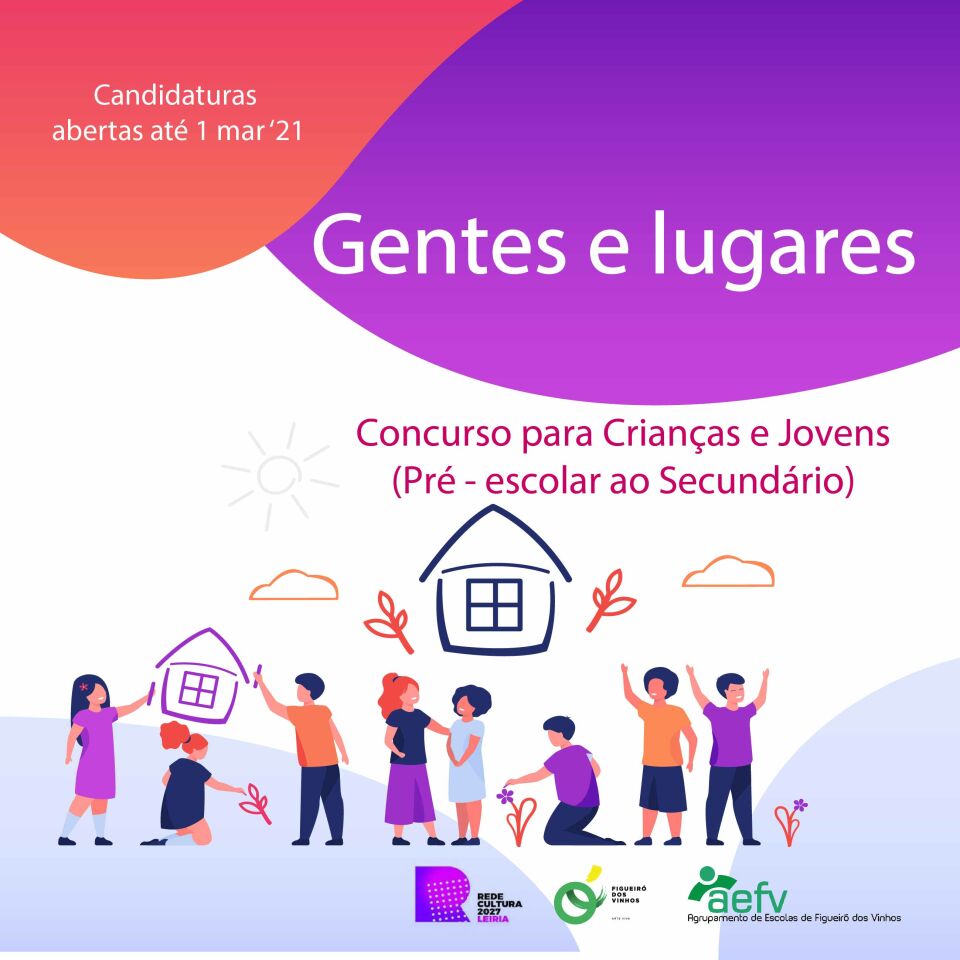 The “Gentes E Lugares” (“People and Places”) Contest, part of the Education Program of Rede Cultura 2027, which prepares Leiria's candidacy for the European Capital of Culture 2027, has as its first major objective to involve the school, as a whole, in the dissemination of people and places that mark the territory of the 26 municipalities of Rede Cultura 2027.

In Figueiró dos Vinhos the competition is aimed at students of the Figueiró dos Vinhos School Group (pre-school to secondary school), whose main objective is to involve the children and young people of the Municipality in the process of building relationships, through the creation of a film / interview (using the mobile phone) with a maximum of 3 minutes. In it, three crucial aspects must be focused: a person whom you particularly like (influencers of the school, family, Vila, etc.), a special place in the Municipality and an original music based on natural children.

Running through the 2020-2021 school year, the preliminary round in our municipality will be held, by the School Group, until March 26, 2021.

“Culture in a competition for children and young people from Rede Cultura 2027” is, therefore, the motto of this project that aims to promote culture and territory, stimulating the identification and promotion of inspiring people and places.