Museum in the village 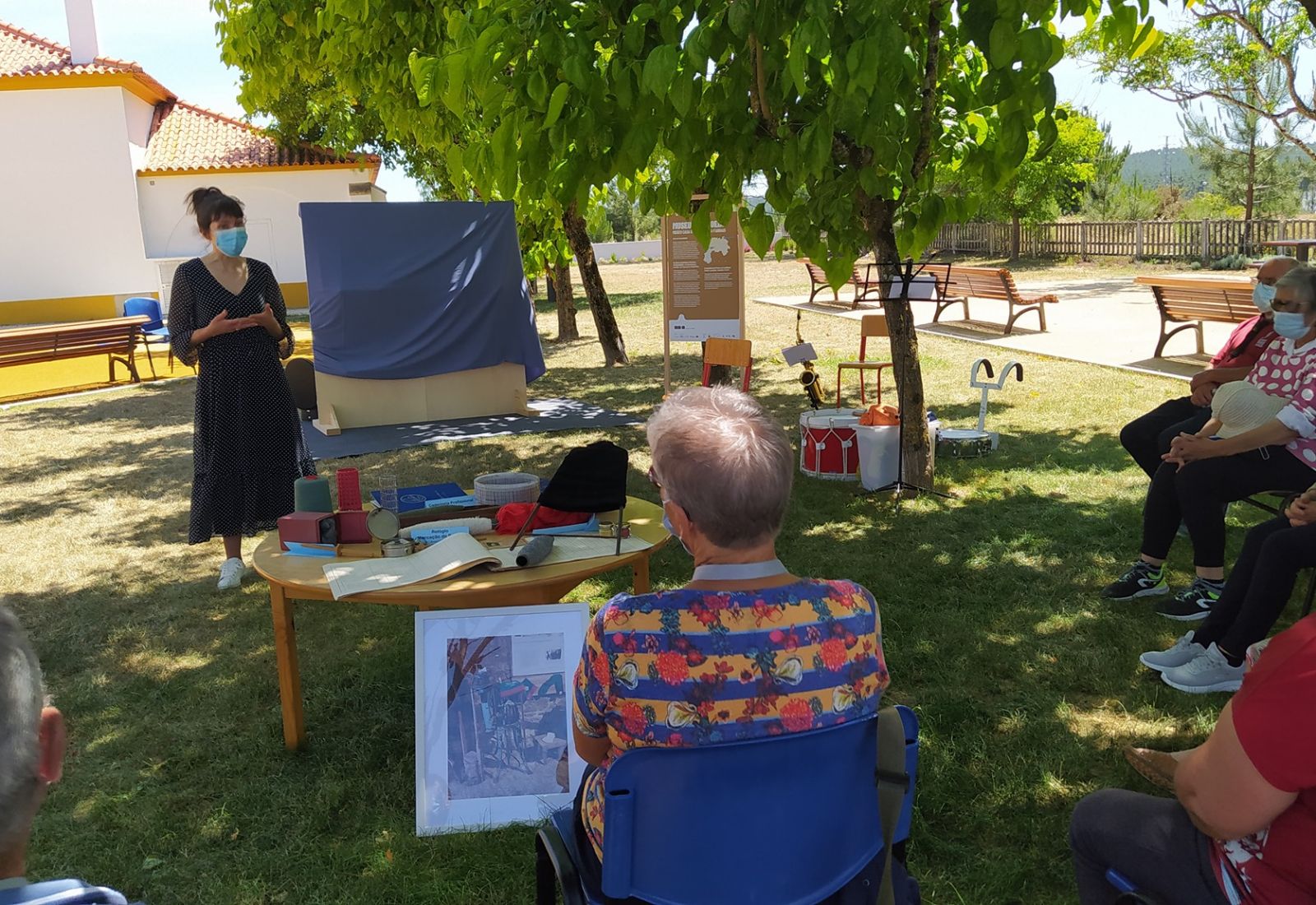 The project Museu na Aldeia was born from the meeting between a team that includes artists, museologists and sociologists, the elderly population of 13 villages and 13 Museums in the territory of Rede Cultura 2027. The project brings culture in form of company to the elderly in these communities, bridging isolation and loneliness.

This project is aimed at elderly people who are still autonomous over 65 years of age, from the 26 municipalities of Rede Cultura 2027, who live in isolated and demographically reduced rural environments, who are normally more prevented from accessing Culture. From objects that the participants have at home, the idea of ??museum and museological value was reflected. On the other hand, and gradually, an object from each Museum is presented to the community, which reinterprets it with the creation of a new artistic format to be presented at the Museum that provided the original piece.

The project runs until the end of 2022 and comprises the creation of a virtual museum, with information that will allow the replication and dissemination of the process in other parts of the country. In parallel, there is also an impact assessment on the making by the Polytechnic of Leiria.

Museu na Aldeia is a project promoted by Rede Cultura 2027, carried out by Sociedade Artística Musical dos Pousos (SAMP) and financed by POISE – Portugal 2020, through the Portugal Inovação Social Initiative, with the Leiria Municipality as social investor. The project's partners are the Museums and Town Halls of the territories where it is developed.

The project was distinguished by the APOM 2021 Awards, awarded by the Portuguese Association of Museology as a winner
in the “Innovation and Creativity” category and with an honorable mention in the “Education and Cultural Mediation Project”
category.